Unless you’re a mechanic, diagnosing engine noises can be almost impossible. Your car is a combination of thousands of different parts and parts made of different materials. The engine compartment consists of many metal parts.

When a car ages, parts tend to loosen. The parts inside start to loosen due to the vibrations caused by driving on uneven roads and different surfaces.

However, the question is what can cause this noise or sound, and is it okay to ignore it since the car is driving well?

Here are the 5 most common engine noises coming from the engines and their possible causes:

This noise is usually heard when you drive your car, changing gears and/or accelerating. The sound seems as if something inside the engine is knocking hard against the engine.

Usually this is the result of early ignition of the air-fuel mixture, which is supposed to burn at just the right time to produce optimum performance.

The ignition is timed, so there could be a problem with the timing of the mixture. In such a case, proper engine tuning could solve the problem.

If the problem persists, the cause could be something more serious, such as a worn part inside the engine. In this case, the repair can be expensive, as the engine would be disassembled to fix the problem.

Some cars have a knock sensor that controls exactly that. Sometimes these sensors can be defective. Replacing the sensor solves the problem.

If you are experiencing engine knock, make sure your engine oil level is correct and if you can locate the problem, have a mechanic take a look. 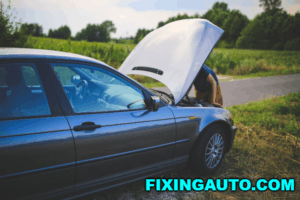 Some modern engines naturally rattle very strongly during a cold start. This is often due to a timing chain attached to the engine. As the engine gets older, it starts to rattle more and more during cold starts, and this is a sign that the timing chain is worn.

If you know that you have a timing chain in your car and it rattles badly during a cold start, you should definitely check it further, because a bad timing chain can seriously damage the engine if it fails!

It is not easy to check a timing chain yourself without almost completely removing the engine. If you suspect a bad timing chain, have a mechanic with a diagnostic tool perform a proper diagnosis before replacing it!

3. A constant clicking or tapping sound as the engine is running

This noise is one of the most common engine noises and usually points in the direction of the engine tappets, also called the upper valve train. This valve train or tappet controls the movement of the air intake and exhaust valves.

These are accessible by removing the engine head. The tappets sit against springs which return the tappets to their original position after movement by the cam inside.

This noise is normally caused when the engine oil pressure is low or when the springs or camshafts are worn. Make sure that the car has enough oil by checking the oil level with the dipstick.

4. Loud squealing or shrieking sound as you accelerate

Again, this is one of the most common engine noises. Actually, the noise does not really come from inside the engine, but rather from the belts. Your car has several belts, one for the power steering pulley, one for the AC compressor and one for the steering (if the belt is rubber and not a chain).

This noise is usually louder when you start the engine cold, and fades away when you accelerate up to high speeds. This noise is caused by one of the two belts slipping on the pulley. This may be due to the belts becoming loose or simply worn. It is better to replace the worn belts before they tear completely.

Try to tighten the serpentine belt to see if it makes a difference. You can also spray any kind of liquid if the squeaking is constant, to see if the noise disappears. 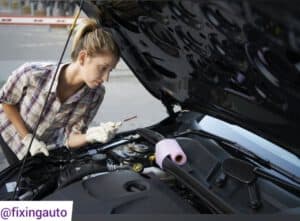 5. Grinding noise as you shift gears

This is a problem for vehicles with manual transmission. A crunching noise when changing gears is common engine noise, especially in old cars.

This noise is often heard when new drivers learn to drive with the gearshift lever. If the problem is not with the driving style, the clutch mechanism may be worn out. In this case the clutch system must be replaced.

Many engine noises come from low engine oil or other fluids. Always check the engine oil level with the dipstick first if you hear a noise.