Information about automatic transmission car don’ts are a blessing, especially for beginners. Still, many drivers are found guilty of using them incorrectly. As easy as it may seem, some bad habits could ruin an automatic transmission. Once it gets damaged, you’ll find yourself having to replace parts to repair it.

Here are some things you shouldn’t do while driving an automatic transmission car:

1. Don’t leave it in “drive” if you’re just sitting in the car for a long time.

Leaving your car in “drive” when you’re just sitting in the car for a very long time can seriously destroy your automatic transmission because of overheating. In this case, it’s better to just shut the car off or at least put it into “park.”

2. Don’t forget about the parking brake.

Be nice to your car and it will respond to you with love! Forgetting about the parking brake counts as mistreating your vehicle. It is a good idea for every beginning driver to keep in mind that even the lightest of bumper taps can damage the parking pawl if the parking brake is not engaged! 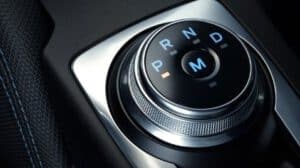 You might think it’s going to save you gas. But it’s the opposite! Putting your car in neutral while driving downhill actually puts you in danger. It reduces your ability to control the vehicle and this is the last thing you want.

Also, it’s harmful for your transmission, which can cost a lot to repair.

4. Don’t engage the neutral gear while stuck in traffic or while waiting for a green light.

Big cities experience traffic jams and it’s  annoying to waste this time and money. It is also a big mistake and could cause additional damage to your transmission if you use the neutral gear. It is not going to save you money if you think that you’re saving fuel.

When it is in “neutral,” you don’t have much control over the car and you can’t maneuver quickly.

Just keep the engine on, your car in “drive,” and your foot on the brake. 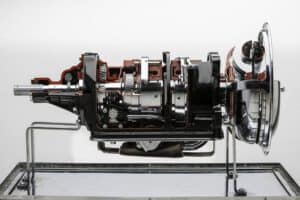 5. Don’t shift into “Park” before the car stops completely.

Some cars won’t even let you do this. And if you do, you can damage or break the locking pin that’s used for keeping your transmission from running. It’s very harmful for the transmission. So when you find a parking space, don’t rush. Stop the car and then put it into “park.”

Remember that “Park” was made to keep your car from rolling away, but not to stop the car while moving.

6. Don’t let water get in the transmission.

Careful with liquids! It’ll be unfortunate if water got into your car’s transmission. Even the slightest amount of water can lead to the need to replace the transmission.

You should keep your tank no less than 1/4 full. And there are several reasons for this: First, the fuel gauge isn’t always accurate and your car could stall earlier than you expect.

Secondly, the low level of gas can damage your car because fuel keeps all the details lubricated. This is especially important for cars with an automatic transmission. 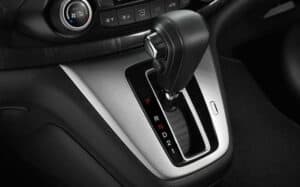 8. Don’t shift your car from “drive” to “reverse” before it stops moving.

Not only is it not safe to play around with your car, racing through traffic with your adrenaline pumping, but it’s also not good for your transmission. First stop, then reverse the car! Driving recklessly puts a lot of pressure on your transmission instead of letting the brakes do their job.

9. Use only one foot while driving in a car with an automatic transmission.

It is always better to use only one foot for driving with automatic transmission. Many people are used to driving a manual where both feet are needed. If you use both feet you can accidentally step on both pedals at the same time, especially in a stressful situation. So it is better to train yourself immediately to just use one foot.
Some of this content was published here.